Jefferson Middle School held a student body assembly on Friday, November 11th in observance of Veteran's Day. The theme of the assembly was showing respect. Jefferson's administrators took the opportunity to recognize not only to our local veterans, but also discussed how Americans need to respect others, including those who have served or currently serve in the armed forces. Several community members that have served in the military were on hand to take part in the program.

On November 4th, Fiona May, Teen Librarian at the Caldwell Public Library and Abraham Valadez, May's co-worker who specializes in technology, visited Jefferson Middle School with an army of Edison Robots. They demonstrated how to program robots to perform several tasks for Mrs. Peterson's advisory students. The students were then given time for their own hands on experience, which ended up as a great learning experience! Peterson, as well as Media Coordinator, Karri Fisk, would like to thank May for giving the JMS students this great opportunity to learn more about 21st century technology.
Published November 7, 2016 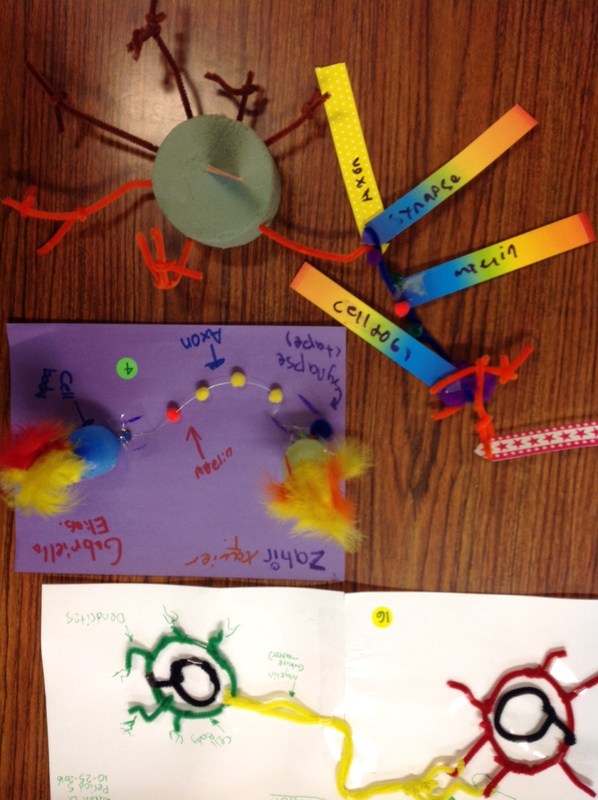 In Voyage Study Skills students built neuron models and gave explanations on what happens in the brain when you learn something new. Turns out a person can make their neurons connect by putting forth effort, practicing, and studying. When neurons connect, a new concept is learned. The brain is like a muscle, it changes and gets stronger when you use it. Students also learned that having a growth mindset and never giving up allows them to accomplish anything, even the hard stuff!
Published November 4, 2016

Last chance to join Puma Intelligencia (Academic Bowl Team) is this Thursday, Nov 17. Puma Intelligencia will have its first strategy meeting on Thursday to plan as a team as well as to choose our gear sizes. If you are still interested in joining and haven't yet please make sure to stop by Mrs. Demshar's room on Thursday from 3 to 4. Remember, there's a bus at 4:15 to take you home.
Published November 14, 2016 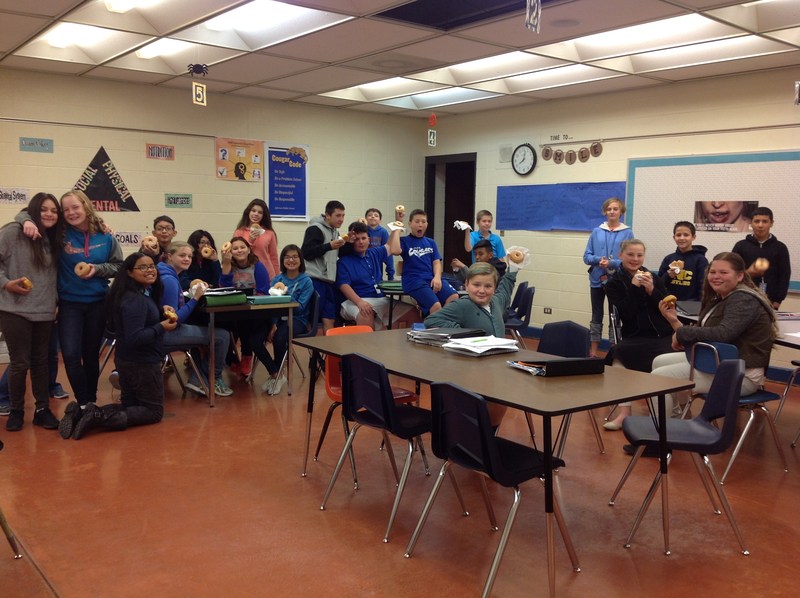 Ms. Simpson's class has been awarded the title of Box Tops Champions for the month of October!  The class enjoyed a doughnut party for bringing in the most box tops for the last month, which helps Jefferson earn fundraising dollars that benefit our students!
Published November 4, 2016

Our 7th Grade B Girls Basketball team made a fantastic comeback Wednesday to beat TVCS on the final shot by Aileen Medina winning 23 to 22. JMS put on a tenacious rally in the 4th quarter, out scoring TVCS 11-3 to set up the game winning shot. Aileen led in the rebounding department with 10, followed by Alyce Gonzales with 6. Mya, Brissette, and Aileen led the Cougars in steals with 9 apiece. Mya led our team in points scored with 9.

Our 7th Grade A team lost to TVCS with the score of 22-10. According to Coach Lopez, "the game was the best effort of the season for our Cougs and something to really build on."
Published November 11, 2016

Wrestlers Pin Emmett for Another Win!

Our wrestling team dominated Emmett at their last meet 60-39. Congratulations wrestlers and coaches on another exceptional effort!
Published November 9, 2016

The 8th grade girls basketball teams each gained two hard earned wins Monday vs. South Middle School. Both the A and B teams found themselves behind early in the game, but ultimately overcame their opponents when the final buzzer sounded. With the victory, the A team improved to 2-1 on the season.
The 7th grade B team suffered a disappointing loss vs. South when they fell in defeat during the final seconds of the game. The Cougars led until the final seconds when South was able to sink their buzzer beater to get the win.
In 7th grade A team action, JMS played South close during the first half, but fell behind in the final two quarters as the Jayhawks utilized their size advantage and took the win.
Published November 8, 2016

Picture Day is here for Girls Basketball and Wrestling!
Wrestling will be first at 3:00 in the gym followed by 7th grade GBB and then 8th. Activity Bus will be at 5:15
Published November 8, 2016